On this page you can find out how to learn English effectively (practice, theory, learning / teaching methods) in our tutorial centre:

How to develop your listening skills

How to improve your pronunciation

How to learn IPA

How to learn grammar

This English foundation building course will help you master the details of the language. Your listening will improve and you will understand more of what people say even if they speak fast. You will be able to express yourself more confidently, fluently and accurately using the correct words, pronunciation and grammar structures.

The course is suitable at all levels: beginner, intermediate and advanced. You can take lessons one-to-one or come with your friends for private classes (2-4 people). The teacher is a foreigner. The class is in Hong Kong (Mong Kok). 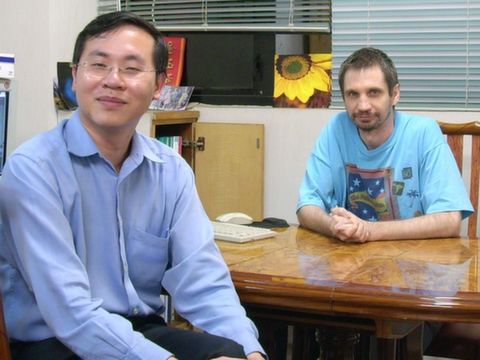 How to improve your pronunciation

If you want to improve your English pronunciation you need to get feedback immediately from a professional when you say the words that you learn to pronounce correctly, otherwise you may teach yourself the wrong pronunciation. It's much easier to learn words accurately at the beginning than to correct them later.

Pronouncing individual sounds and words accurately is one of the objective of the foundation building course. Additionally, you can also focus on and learn the accurate intonation of sentences. Trying to get rid of your accent is very difficult. It does not worth the time and effort.

Phonics is a method where you try to associate spoken sounds with written letters or groups of letters.

I don't teach phonetics because it does not have any sense. As you learn pronouncing and writing the words correctly, your mind will make the connections and recognise patterns. After you have learnt a few hundred words, you will have a feeling about how to pronounce a written word you have never heard before. However, there are no fixed rules and you need to learn to pronounce each word.

Furthermore, sometimes the same word or letter combination is pronounced differently depending on context and grammar function. For example, the word 'read' in simple present and simple past is written the same way but uttered (said) differently.

So just spend a lot time listening to speakers while following the written script with your eyes. Your mind will make subconscious association.

Phonics:
a method of teaching students to read by associating sounds with letters or groups of letters in an alphabetic writing system
Phonetics:
the symbols used to represent the speech sounds of a language.
Pronunciation:
the way in which a sound, word, or language is articulated, especially in conforming to an accepted standard.
Consonant cluster:
a group of consonants which have no intervening vowel.
Intonation:
the rise and fall of the voice pitch.

For Learners of English As a Second Language: A Myth About the Indefinite Articles "a" and "an"

I have observed a common mistake that most students who learn English in Hong Kong make because their teachers in primary and secondary schools tell them to use the indefinite article "an" before words that start with the letter "a", "e", "i", "o" or "u" and to use "a" before the other letters.

Here are some examples for the correct usage of the indefinite articles.

We have seen examples where the indefinite article "an" is used before a written consonant. What about the other way?

3, You say "an umbrella" because the first sound is [ʌ] in umbrella. But you say "a university". The "u" letter here is pronounced [j] + [u], that is, university starts with a consonant sound. So you need to say "a" before it.

Here are two more examples that violate the "aeiou" rule: "a European", "a user."

The rule for pronouncing the definite article "the" is consistent with the usage of "a" and "an". Pronounce [ð] + [i] before a vowel sound and [ð] + [ə] before a consonant sound. Again, don't follow the letter but the sound.

Still, you can use the "aeiou" rule as a rule of thumb. Most of the times it works.

Besides learning to pronounce the definite and indefinite articles correctly, you should learn when to use them. And that is much more difficult to learn and master. 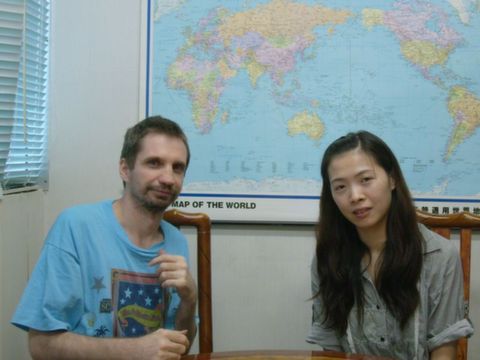 How to learn IPA

You can come and learn only IPA if it is your main focus. But even better if you learn the International Phonetic Alphabet as a 10-to-20-minute segment in each lesson. Learn just a few sounds at a time.

If you learn to associate the English phonetic symbols with their sounds, you will have both auditory and visual guide when you learn a new word from a talking dictionary.

When you learn IPA you need an English teacher or tutor who corrects your pronunciation mistakes otherwise you may teach yourself the sounds and IPA symbols inaccurately.

The English alphabet (letters) and the English sounds

The modern English alphabet is a Latin-based alphabet consisting of 26 letters:

Five of the letters are vowels: aeiou. The other twenty-one written characters are consonants.

In spoken English 55 different sounds are used. There are 21 spoken vowels and 24 spoken consonants. Some dictionaries may use fewer or more than 21 vowels. 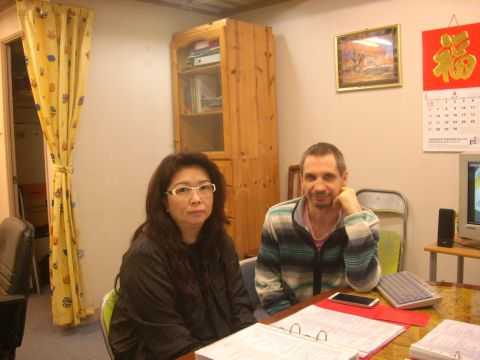 How to learn grammar

Have you been learning English for several years and your grammar is still often wrong especially when you talk?

Any method you use helps you understand the grammar rules but that is not enough. Speaking accurately requires programming your subconscious mind with the right syntaxes and words that you apply automatically when you speak.

Have you thought about why your writing is better than your speaking?

When you write you have enough time to consciously think about what structures and words to use. In oral communication, however, everything you say comes fast and automatically in the way it had been tattooed in your mind. There is no time to think.

There are two major groups of approaches to learn (and teach) English grammar. One of them is much more effective than the other.

One method is that you learn first about the theory, rules and the structure of a specific grammar unit, for instance about Present Continuous Tense. Then you see examples for them. So in this example, you learn how to form a present continuous tense structure and what the four major situations are where we can use them.

This is called the deductive method: from abstract rules to specific application. However, most people are not good at deductive thinking and cannot apply general knowledge and rules in practical, specific situations.

This method is used in most grammar books and by some teachers. This is not an effective method to teach and to learn English, or more generally: anything.

The effective way of learning grammar

There is a more practical and effective way to improve not only your grammar but also your pronunciation and vocabulary. It is the inductive method. You read, listen to or watch English material that includes only two types of grammar and words: one is that you have already learned and master and the other is the new targeted structure or words and expressions and nothing else.

So you meet the new stuff in a story. You are familiar with most of the elements in the story except a small number of new ones. You can almost guess their meanings and functions. So you first see them in real life examples a lot of times and you learn only the specific theory.

Continuing our previous example, the story you use to learn from should talk about what somebody is doing now, so we can see a lot of examples for present continuous tense but only when it is used to describe current actions and not other usage like talking about future plans where we also could use this tense.

The benefit of this method is that you learn the new stuff in its natural environment with a lot of interconnected examples. You learn only the relevant rule later and only after you saw a lot of times how it is used and you can feel it and see the patterns from which you can guess the theory and rules. 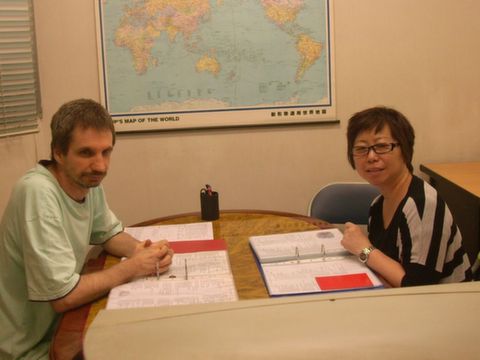 The learning and teaching method I have developed and refined during the years increases the probability that you will use the correct words, syntax and pronunciation in your oral and written communication.

The exercise requires you to invest mental energy in your learning because you need to focus, understand and remember every details of the sentences. You need to learn and say them again and again until it is perfect.

You need to be patient and result oriented rather than fast and superficial. Slowing down and observing how the language is used in its natural environment is the key to understanding and remembering.

If your English grammar is poor, it is because you focus only on the meaning but not on the details when you read or listen.

In the lessons we slow down so that you have time to become aware of and understand the function of each word, the tense and prepositions they use, the word order etc. Sometimes you need to memorise things, for example the usage of prepositions in the case where there is no general rule.

Observe, understand, practise and get feedback

Learning to speak correctly has two interconnected elements: observing how native English speakers use the language (pronunciation, grammar, words) and practising it with feedback from a teacher who corrects your mistakes and makes sure the right things get into your long term subconscious memory.

Watching movies, listening to music or audio programs, reading at normal speed will not improve your grammar if you focus only on the meaning but not on the details.

If you hear or read, "I work at a bank" and you do not spend time to observe and remember the preposition they used, after a few seconds you will have no idea if they used "in the bank,", "for a bank," or "at a bank."

Even if you read or hear the same structure hundreds of times during the years, if you do not make deliberate effort to remember it, you will probably not learn and use them correctly.

For example, the typical way to introduce someone is like "This is my friend, Thomas." Maybe you have heard introductions hundreds of times but you may say, "He is my friend, Thomas," because you may have never paid attention to the actual words, just the meaning.

There are lots of details you need to pay attention to. For example:

You will study a short English dialogue. After preparation you need to present the same conversation accurately.

When you are ready, I will test you. I will point out your pronunciation and grammar mistakes. You need to learn and practise until your presentation is similar to that of a native English speaker.